Saltar al contenido.
Buscar
Cerrar
The initial intention to play with the rules of Pas de Manoeuvre! was to reproduce the units with Risk figures, since I saw a website with this option.

I started painting a few figures (some Austrian units and French chasseurs à cheval) and the final result was not bad, but the problem is that I have 3.000 figures! to paint, and I do not intend to spend the next 2 years painting figures at 1:144 (more or less) scale!. 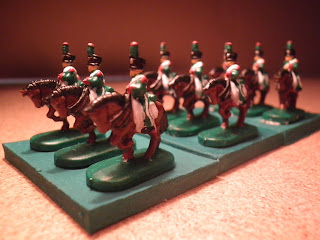 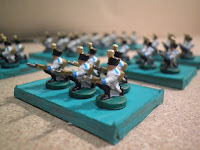 Then in the BGG I found a member, Jim O\’Neill, who had used the Risk figures to play the game Maurice, but painting the bases and figures only with two or three colors:
https://boardgamegeek.com/thread/913478/maurice-making-good-game-better-or-scotsmans-guide
Due to lack of time … and attitude to paint all that amount of small figures, I saw that Mr. O\’Neill option was the most likely, if I wanted my wargame proposal not to dilate in time. So I classified all the figures by their color: 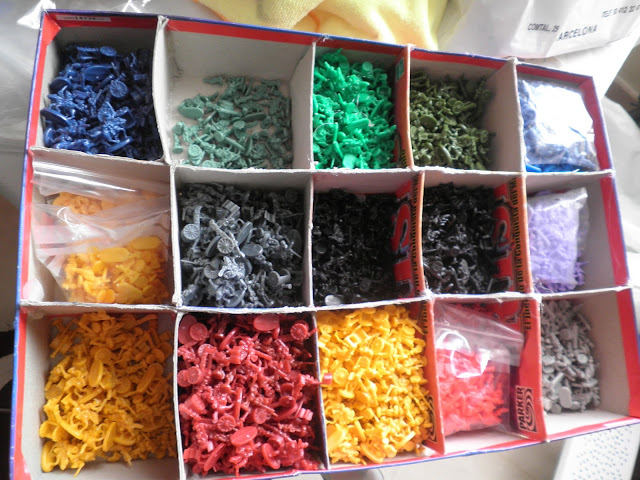 and started to basing the figures with with a sort of papier mache for kids craftwork: 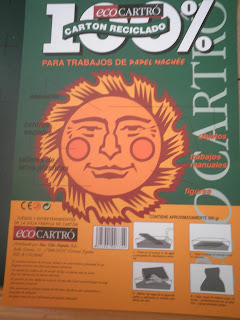 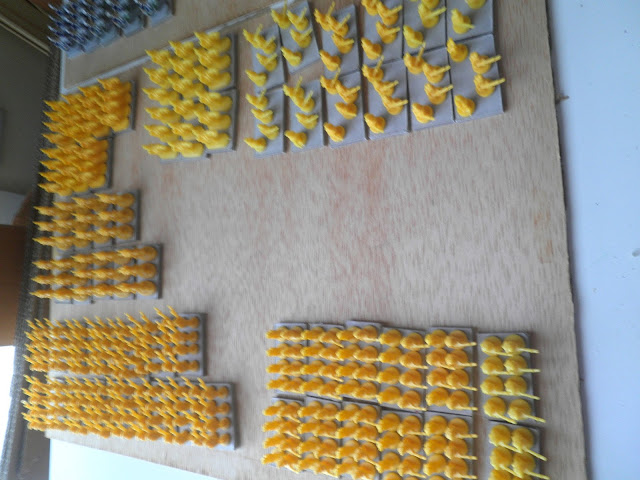 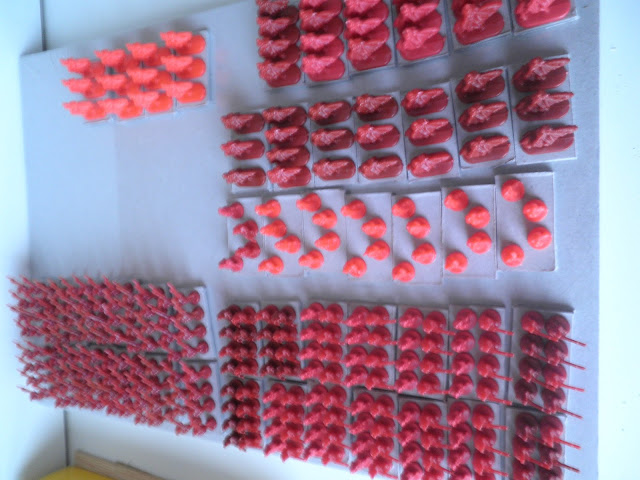 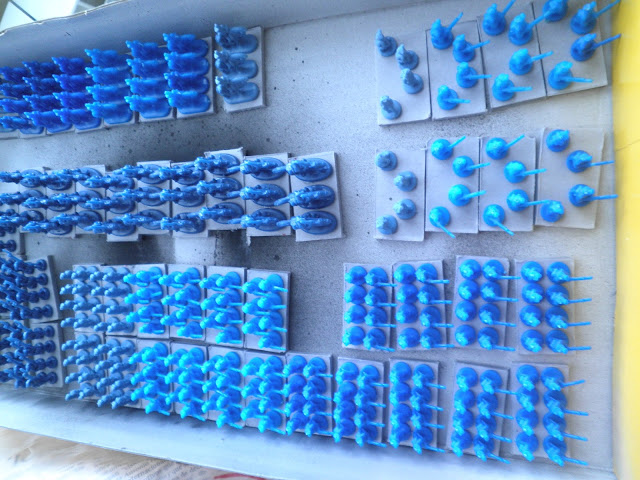 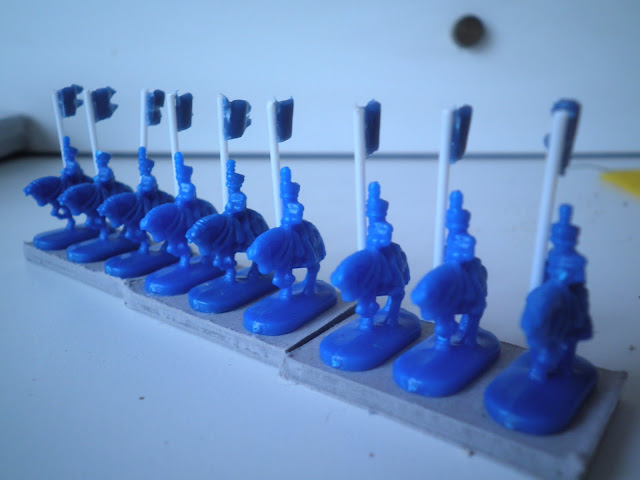 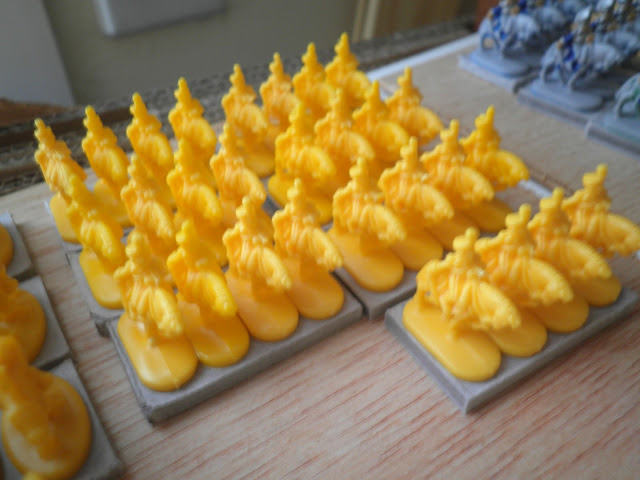 The final part was varnishing the bases with varnish for children craftwork, because we didn\’t need a varnish of high quality for dozens and dozens of papier mache bases. 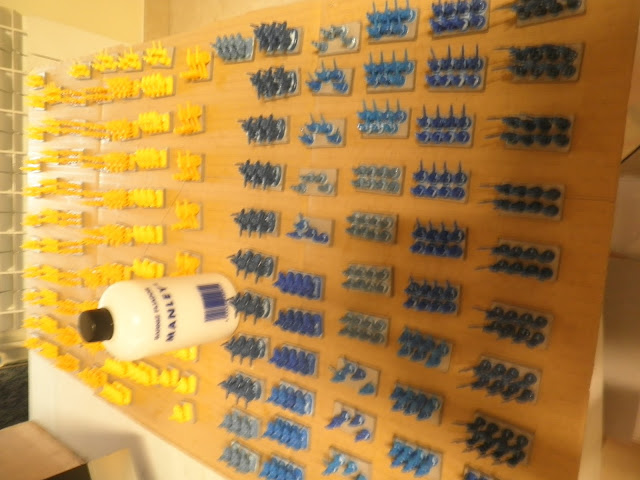 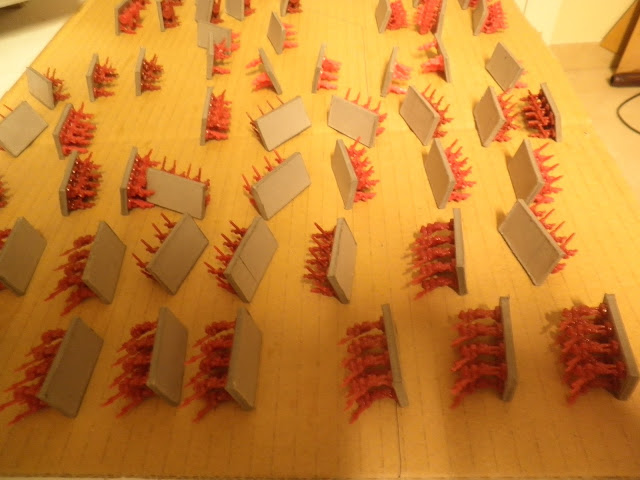 I think the advantages of this method are more numerous than the disadvantages:

– Considering the bicolor blocks of kriegspiel are represented, it is the most similar method with figures.

– The figures are more easily distinguished at distance.

– We can mix various colors according to uniform figures (approximately, of course) on one army. (Ex: The green uniforms of the 95th Rifles with the British red uniforms of line units).

– Fast gluing and varnishing of bases. Without painting the figures, in a week and a half we have almost three armies equivalent to 50,000 troops each one (depending on the scale).

The biggest disadvantage is obviously that uniforms in many cases (helmets and shakos) do not correspond and uniforms are not painted in real detail, but as we refocused the game as a sort of kriegspiel wargame, in the end it wasn\’t a bad result. Besides also the old cliche of spending more time painting figures than playing, and whenever I see people producing great battles, for many figures they have, always ends the situation painting and repainting more figures!